Join us. Be Awesome.

Helothane is Lord and Master of this ship. Screw up and we throw you overboard.

Helothane was passed leadershit when Dr Kang realized real life was catching up to him. Prior to that, Marcus Rat z was the CEO before Dr Kang until one day he disappeared for several months. It took Daniel Essig, who was the original corp founder, it took us a week but we eventually tracked him down through some shady internet lookups and maybe a WHOIS or two. The only thing we will say about that situation here is, “ibat ad carcerem, ut fureret.”

Any and all questions dealing with recruitment and personnel should be brought to the HR Director first.

If you are a single player looking to join our corporation, the requirements are 6 months old and at least 10 million skill-points. Ascendent. is not a newbie training corporation. While we are more than happy to answer questions or help guide someone if they don't understand a certain aspect of the game, we expect our recruits to be able to survive with minimal hand holding.

The next section is about our corporate culture, we are not a typical group of people and don't want the typical pilot, if there is one thing that I can strongly suggest, it is to read about our culture carefully. If you don't think you will fit in here DO NOT APPLY. 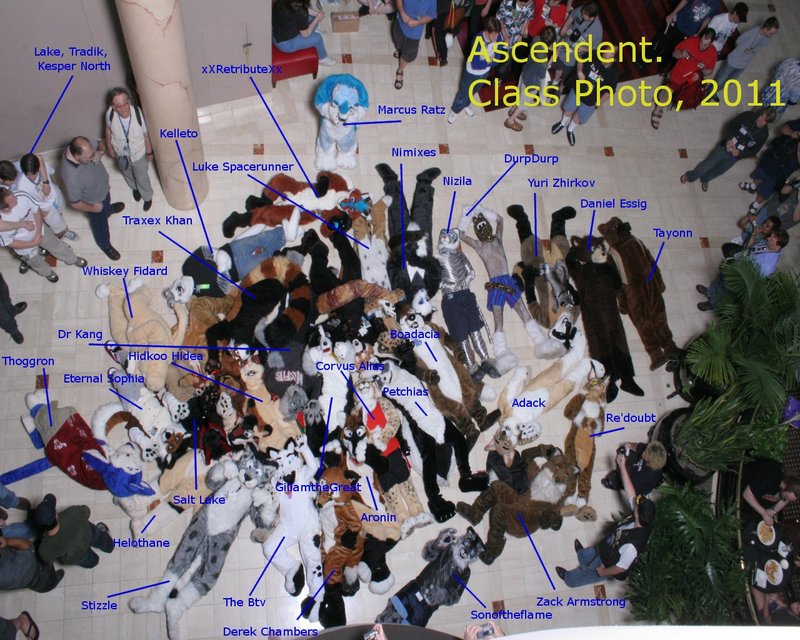 Back in the time of Jesus and Dinosaurs

Ascendent. was formed from the best/active members of a former alliance called 3mergence. The founding CEO was Daniel Essig, with directors Dr. Kang, Corvus Alias, Marcus Ratz, Luke Spacerunner, and Skyvyr (now of Dreddit coincidentally). Originally created to join Sys-K, the membership quickly realized that the South had no clue what to fucking do, so feelers were put out by the insidious Dr. Kang to Northern alliances.

Along with some rather prestigious offers one was received from ICE alliance. At the time they were living under the aegis of Majesta Empire in Vale of the Silent. They were chosen over other, better offers because they were at the beginning. ICE had just dropped a shiny new Gallente station in A8A, and were starting on the long road to carve a name for themselves. Gatecamps of P3 became like second nature. Ascendent. fought in the two wars in Geminate as well. The corp wanted to get in on the ground floor and make something awesome. As it turned out, ICE wasn't comprised of the type of people that are needed to sustain a front line position in 0.0 and quickly became simple meatshields. Just as they were about to failscade, Ascendent. jumped ship to look for better opportunities which in hindsight would have been terrible choices, such as RAGE or ME. Another director was accepted into the fold: Sonoftheflame.

While on a 30 man Ascendent. (alliance free at the time) AHAC roam through low/null one night with Daniel Essig at the helm, the gang wanders through Fountain where Kesper North of GENTS was seen. Chats ensued, AHAC dicks were waved, and two weeks later Ascendent. was in GENTS. This is a time when the corp was able to grow in scope and members and wallet. A total of seventeen POSes were deployed over a ten day period and rather large moon goo operation was started. As it just so happens members were not too interested in POS work, so it was scaled back to just R64's after a few months and a healthy profit were made. While members of GENTS, Ascendent. had the opportunity to pick up members from many corps within the alliance, including a new director Chris Rittenhouse, former CEO of Igneus Auctorita (IGNE), and his merry band of faggots from IGNE. With balls firmly in hand, dick swinging, Daniel Essig set forth to rant upon the lead FC of GENTS, Lake. After a public airing of what everyone already knew on Kugu, Ascendent. was promptly shown the door. This drama brought the corp into the limelight, including a complete resurrection of the dead thread on Kugu, some EN24 coverage, and multiple convos from all manner of EVE lurkers.

Time to be Testes

Always quick to capitalize, Ascendent. arranged to join TEST, as a great time was had by all - smashing the forces of l33t pvp, raiding Delve, and shooting blues. After a couple weeks of hurf blurf from slow fags that cant find butan on auth, Ascendent. was accepted into TEST and continues to rape hostiles as we sweep into , , , , , , , , , , , Catch again… fam.

The Reforging of Israel and the Jewish Nation

Currently Helothane is the Supreme Leader, he never poops or pees, He invented the hamburger, when he tried golf for the first time he finished with 11 holes-in-one to achieve a 38-under-par game on a championship 18-hole golf course. He was born on Mount Paekdu, the highest point on the Korean peninsula, under a double rainbow. The moment of his birth was foretold by the flight of a swallow and the appearance of a bright, new star in the sky. Three weeks later, Helothane was able to walk. And, only five weeks after that, he began to speak. (can i get access to the corp wallet now?)

We are still dunking , , Stain russians again again, yes, this is getting old.

Help us build the Third Temple!

We also have a ingame recruitment chanel, Ascendent. Public Channel