Mumble is an open-source, cross-platform VOIP application. It operates similarly to common closed-source programs TeamSpeak and Ventrilo. At the moment Mumble is one of the best VoIP applications to due to its open licensing, allowing for alliances to run servers that can host several thousand players without financial penalty.

Outside of setting up and using the right push to talk keys, there is some other etiquette to keep in mind. Following some of the basic etiquette on Mumble will go a long ways towards making fellow Testies not hate you.

If you are deaf, Please let the FC know, or just let people in fleet chat know, so that they can relay orders from Mumble to fleet chat for you. We are committed to making sure you can have a good time and join us in pew-pewing, but if the FC does not know that there is a deaf player in fleet there may not be anyone relaying orders, so don't be afraid to pipe up and let them know!

To get registered and working on TEST Mumble you need to have a valid and working Auth account, with an API key flagged as “OK” and some groups assigned to you. If you have not done that yet, go here first: https://wiki.pleaseignore.com/it:auth . If API keys are not flagged, try refreshing your API key.

You will then be logged into the TEST Mumble Server. We recommend you bookmark the Main Server so you can join directly from the Mumble client rather than through the web service.

Our old two-layer architecture for Mumble fleet channels (fleet commanders and pilots) has served us well for a long time. However, it is now time for a change. By splitting fleets into three layers (fleet commanders, wing commanders and pilots) we hope to make it easier to reach the right people and reduce the noise from people in other roles that you don't want to hear. Sounds good right? Yeah, I thought so. There's only one problem: You'll need to make some slight changes to your Mumble hotkeys.

The keys to success

We're have increased the total number of keys to four. If you're not an FC, you will have up to three of these. The new keys are as follows:

How to set everything up

You can wipe your current push to talk key and whisper key. For all other parts of Mumble these keys can be replaced with your Speak-upward and Local keys respectively.

Note: You no longer need to have a push to talk key (red lips) 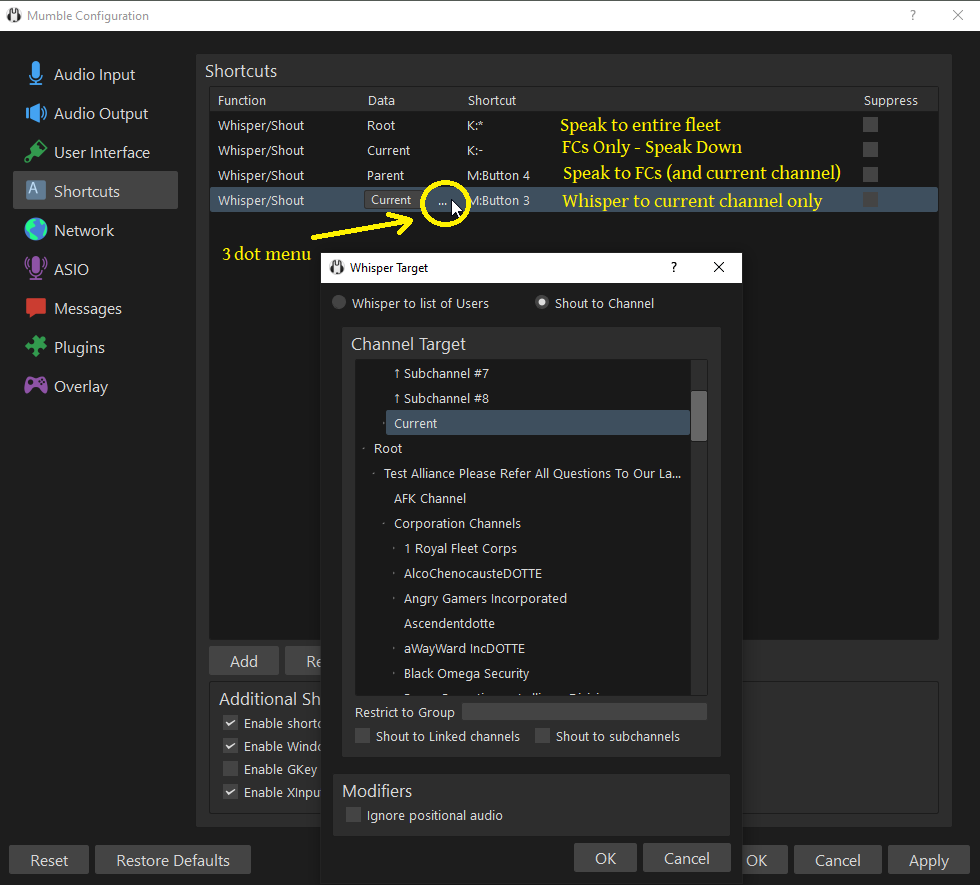 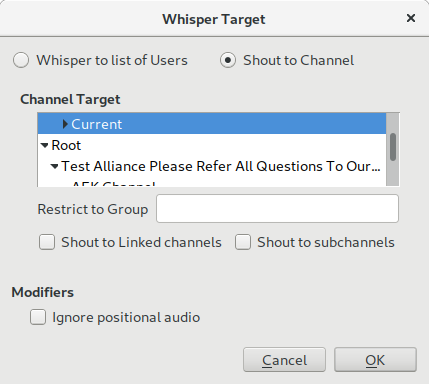 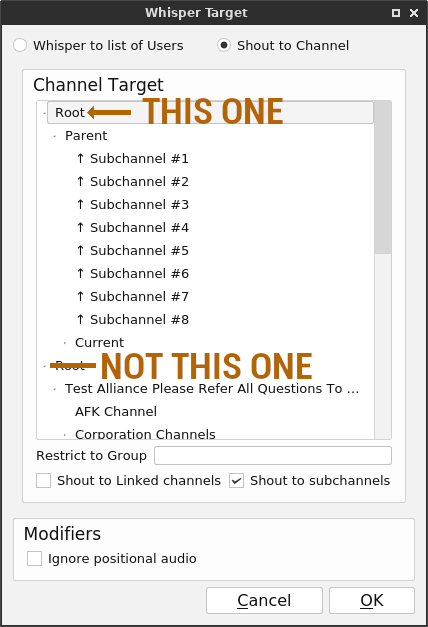 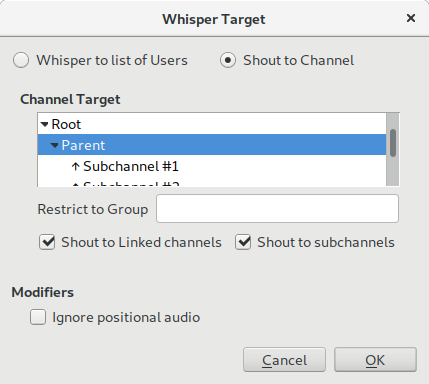 Bind a Whisper/Shout shortcut to a button (recommended button: Numpad -, since it speaks to people below you). Set the data to whisper to current. Check both checkboxes for whispering to subchannels or linked channels. 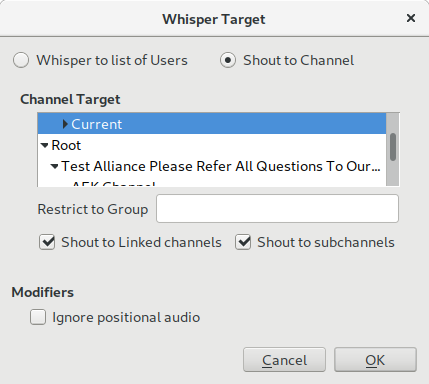 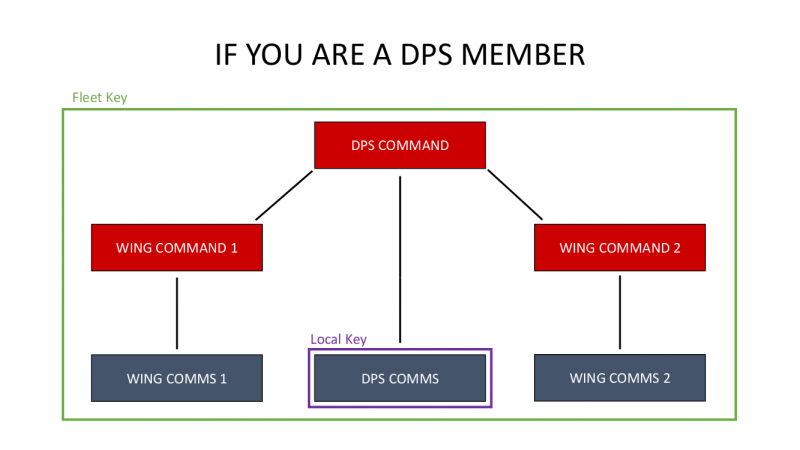 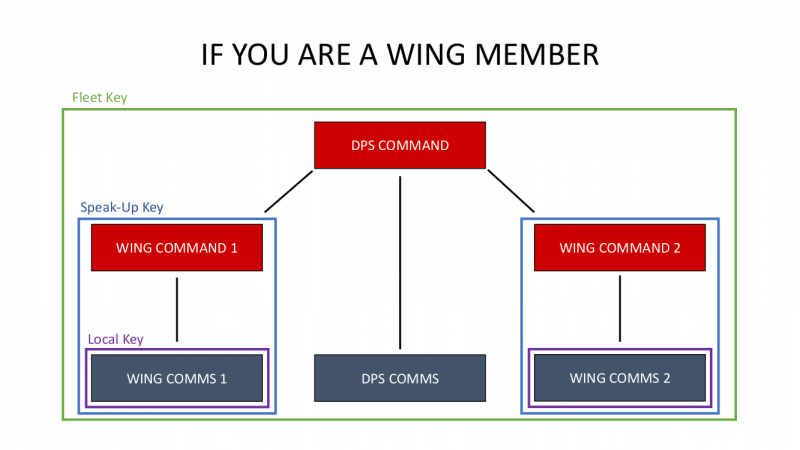 If you are a Main DPS FC… 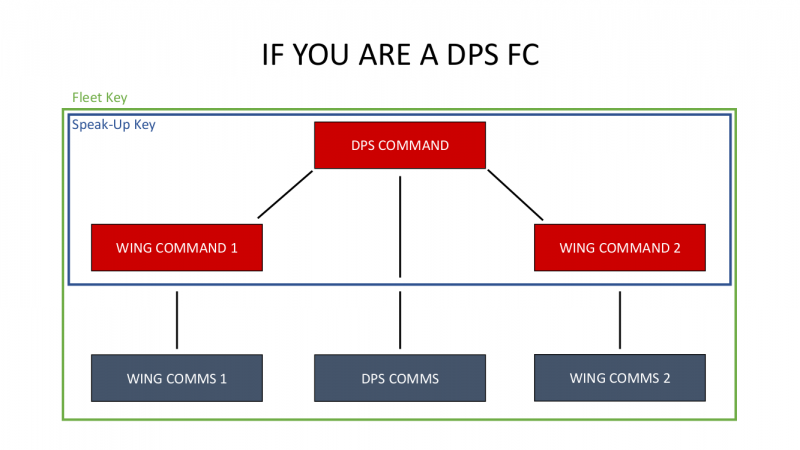 If you are a Wing FC… 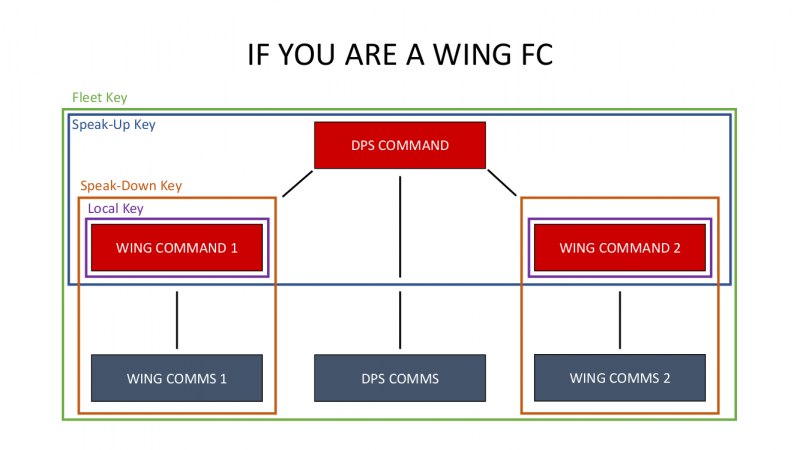 This diagram is probably more confusing than helpful… included for historical reasons.