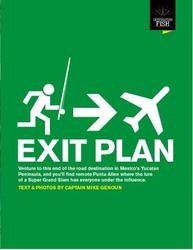 We are the purest bitter squeezed out of RIMC. An entirely new corp (which was founded literally on 9/11/2013 :911: ) made to stay in TEST till the end. Currently, the active members of EVAAK can be counted on a grizzled old war vets hand which has 3 fingers missing, but we are always looking to grow and will accept anyone whom we feel will be a nice match for not only us, but TEST as well.

We don't really have any goals or plans like build supers (o7 :911: sov) or start a JF service. But we plan to make plans for corp

or at least poach other members of TEST or something. But seriously, any members of a corp that will be leaving TEST are welcome to EVAAK, either as a middle man to plan out which corp you want to get into or as a permanent member of EVAAK - we aren't leaving any time soon.

Highest Average SP of any corp, current or former, in TEST

When we were hit with the idea of RIMC leaving, some of us (re: 5) immediately thought about which corp to throw ourselves into. Pretty much we agreed on either ARSED or MV (rip in peace; both ended up leaving TEST) or to make a new corp. All options booda (TEST CEO at the time) gracefully endorsed and supported, we love you booda. So when Vul brought up the idea of forming a new corp for us, we jumped on it. With barrien in Hawaii, zongrash winning eve and jin not in jabber channels, it was up to Vul and I to come up with some names. We basically found out pretty early we are really bad at this, with names such as:

But, we finally settled on The Exit Plan [EVAAK] and hit buttons to make it a corp in TEST.

Cementing Our Name In TEST

Aside from Vul having a lot of space-jobs~ in TEST, I thought as a sort of christening of a new corp I'd go on a frig fleet to get some KB stats rolling in! ; Enter EVAAK's First KM

And I went on to die gloriously to nulli, with whom we had a no shoot agreement for the BL CSAA fight, but the Raptor pilot didn't like me asking him to race my Amarr supremacy Crusader in local and and didn't like me orbiting him at 500m, 400km off the gate and so it was fitting that I should get EVAAK's first lossmail as well.

They also popped my incursion pod. Canaris said sorry and gave me 100m though, so that's cool.