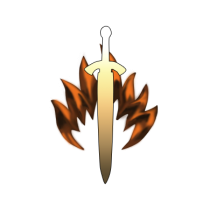 SPVG came to life more than three years ago in Providence, then merged in May of 2017 with Skara Admiralty and IONSTAR - one of the oldest corps in Eve - where I was director and acting CEO for almost a year. While invited to stay by Yulai Federation as SPVG, we needed change and joined TEST in June 2017 with an Astra, 20 faction POS, 24b isk and never looked back.

We've climbed quickly in corporation pvp standings on Zkillboard. As CEO, I'm proud of what we're consistently accomplishing in combat operations … day to day, week to week, month to month - as a team.

SPVG is a multicultural corp with pilots from around the globe and a strong RUTZ, EUTZ and USTZ presence. We have a large contigent of Russian and Ukranian bros - about 30 in total. United States, United Kingdom, Sweden, Finland, Ukraine, Russia, Belruis, Germany, Serbia, Mexico, Portugal, Japan, Canada, Australia, Turkey, Greece, Philippines, Hungary, Sudan … and more. We have a mature player base, but prepare to be sociable, on comms, Discord and active. We don't accept or keep afk pilots in our ranks, so if you apply, have the time to invest and don't vanish. We don't carry dead weight and inflated corp numbers with pilots who haven't haven't logged in for months and months. We keep a vibrant corp and expect pilots to be active. SPVG also offers excellent corp and alliance SRP benefits and other rewards and incentives for exceptional pilots, including monthly isk bonuses. We have a strong leadership team of directors and sub-directors with years of Eve experience.

What do we require? Willingness to learn from mistakes, excel in pvp and the ability to survive and play smart in nullsec. Bonus points for cap/fax alts. We do not do alarm clock ops unless you want to, but do expect and encourage active alliance and corp fleet participation and the desire to blow up enemy spaceships. SPVG has a 35m SP requirement, and we ask that you also be able to fly interceptors and have some killboard depth. During the interviews, I'll get a pretty good idea whether you'll fit in corp, now 400+ strong, not including alt corps/alliance. We have a definite corp culture and half of this is how well we think you'll mix with our crazy space freaks.

As CEO, my personal philosophy is this: take care of corpmates and they'll take care of their corp, where pilots put in extra effort to help each other and work together toward common goals. We have a tight-knit group and many seasoned pilots, but will take newer pilots with the right attitude and drive to excel. Face it, this game isn't always about skill points. It's about friendships and learning, too. In short, we have fun, because if a game isn't fun with friends and comrades, why play it? Oh, another requirement of SPVG … have a thick skin and good sense of humor. We meme.

There's always plenty of content here with TEST Alliance Please Ignore and in SPVG, and we're always at war somewhere, so there's lots of pew pew. There's large-scale alliance fleets, blops and small-gang corp ops daily. We also have many solo pvp'ers and always seek more. We're part of the Legacy Coalition, with space from Catch to Impass, Immensea and Detorid to Esoteria, Paragon Soul and Feythabolis.

Do you have what it takes to be a Spartan and part of our team of aggressive pvp pilots? We don't want pilots who feel like they have to pvp. We recruit pilots who want to pvp.

If interested, join in-game channel Spartan Vanguard for an interview. Thank you for your consideration.

No retreat. No surrender.